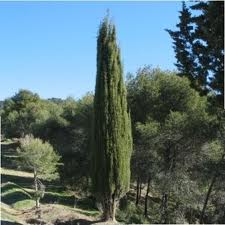 Cypress oil has a woody, slightly spicy and refreshing masculine smell. The oil is colourless to very pale yellow in colour. A natural astringent and deodorant it also has an uplifting effect. This clear and fresh smelling essential oil is a great boon to use during times of major upheavals and changes in your life, as it restores calm, sooths anger and making your life flow better.

It has a positive effect on excess fluids in general, thereby improving circulation, sorting out coughs and bronchitis.

It assists with varicose veins and female problems and is definitely an oil to have around.

Cypress oil has a calming and soothing effect on the irritable, angry and stressed-out person and has a valuable effect as a vasoconstrictor on varicose veins and haemorrhoids.

It is beneficial in conditions of excess fluid, such as bleeding, nosebleeds, heavy menstruation, heavy perspiration, cough and bronchitis, haemorrhages and fluid retention.

Furthermore, cypress oil soothes muscular cramps, helps to regulate the menstrual cycle, helps to ease arthritis and rheumatic pain and it is also beneficial to oily as well as congested skin and wounds.

Our Cypress Essential Oil is extracted from the needles and twigs of young branches by steam distillation and yields 1.3 – 1.5 %

The oil is considered non-toxic, non-irritant and non-sensitizing but it is best to avoid it during pregnancy. It is also best to do a skin patch test before using it in a massage blend.